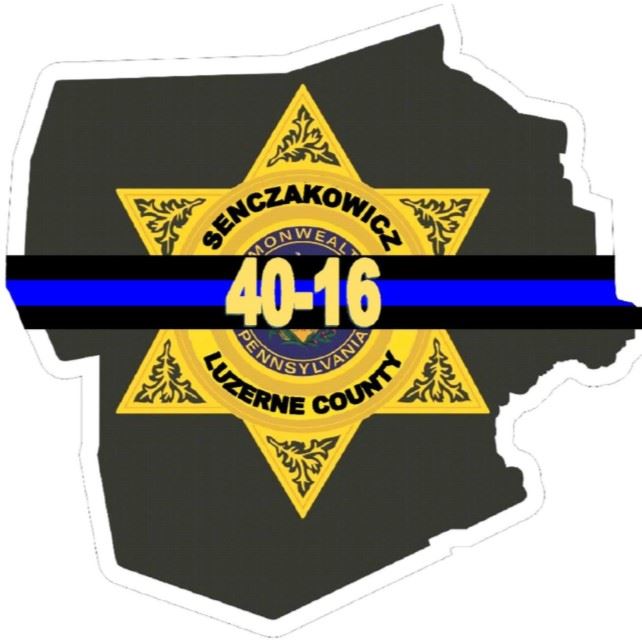 It is with deep sadness and regret that the Luzerne County Sheriff’s Department announces the passing of a Friend, Mentor, and Co-Worker, and the Posthumous Promotion of Sergeant Mark Senczakowicz.

Mark Andrew Senczakowicz, 52, of Muhlenberg, (rural Shickshinny), passed away unexpectedly Wednesday, November 4, 2020 after being stricken ill while on duty at the Luzerne County Courthouse, where he was employed as a Deputy Sheriff.

Born October 2, 1968, he was a son of the late John and Arline Zalenski Senczakowicz. Raised in Warrior Run, he was a graduate of Hanover Area High School, class of 1986. Mark attended the Ranger School at Paul Smith's College of the Adirondacks, and earned an Associate’s degree in Criminal Justice from Luzerne County Community College.  He was also a graduate of Lackawanna College Police Academy, Scranton.

He was a former member of Holy Family Parish, Sugar Notch, and Pennsylvania Chiefs of Police Association.   He was a current member of the Deputy Sheriffs’ Association of Pennsylvania and the Cranberry Lake Mountaineers Snowmobile Club.  He was an avid outdoorsman and enjoyed hunting and fishing.  He also loved spending time at his house in Star Lake, New York, and enjoyed hiking and snowmobiling with his wife in the Adirondack Mountains.

In addition to his parents, he was preceded in death by a nephew, Steffan Senczakowicz.

Mark's wife extends her sincere thanks and gratitude to the Luzerne County Sheriff's Office, members of the Court staff, and county manager David Pedri for their assistance during this difficult time.

A private blessing service will be held at the convenience of the family with the Rev. Vincent Dang, pastor of St. Leo’s / Holy Rosary Parish, Ashley, officiating.

A public viewing with Police Honors will be held from 4 to 7 p.m. Tuesday, November 10th in the rotunda of Luzerne County Court House, 200 North River Street, Wilkes-Barre.

In lieu of flowers, please consider a contribution in Deputy Sheriff Mark A. Senczakowicz’s memory to the Deputy Sheriffs’ Association of Pennsylvania, P.O. Box 39285, Philadelphia, PA 19136.

*Any law enforcement agency, fire department or emergency medical service that plans on attending the viewing and participating in the processional escort from the Luzerne County Courthouse to The Davis-Dinelli Funeral Home (170 East Broad Street, Nanticoke, PA 18634 is asked to contact the Luzerne County Sheriff’s Department at 570-825-1615.